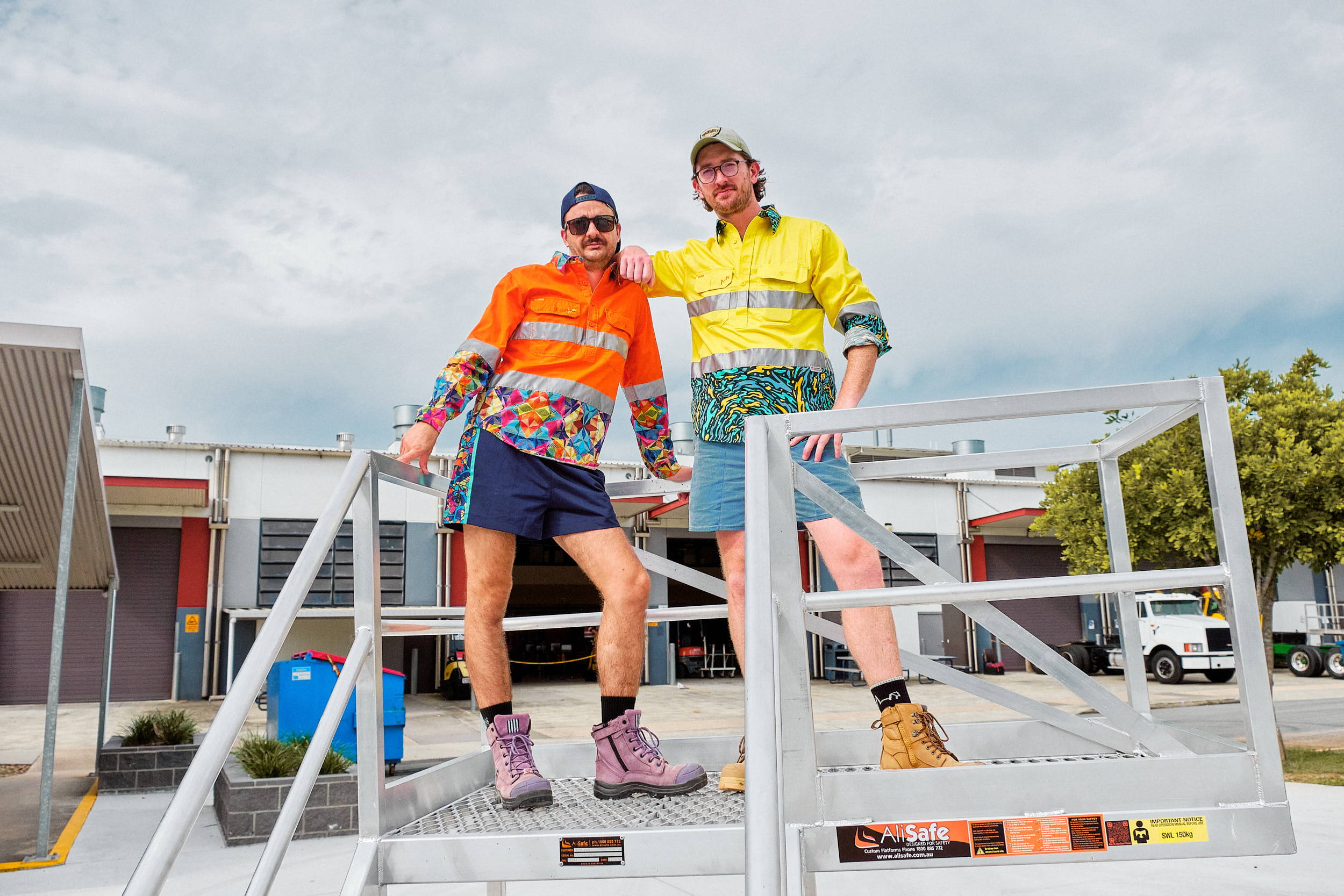 "I would just randomly burst into tears at work, which was hard for an apprentice to handle."

Well, Ed and I met on a building site in 2014. Ed became my apprentice and we’d talk crap all day on site. One day our chat just turned into “Jeez, it’d be great if there was some funky workwear to wear to work.”

Then in 2015 I lost one of my best mates to suicide. I would just burst into tears on the job—which was hard for an apprentice to handle. Ed was my number one support network at work and he experienced it in a very different way to what I did. That was the beginning. We started to look into the mental health space in Australia and saw such a need for a social and cultural shift in attitude.

The tone of the conversation just felt really stale and scary. So over the next year we started to explore this idea of social enterprise and using profit for purpose—for a sort of social impact business. And that was when the two sparks met. We had this workwear idea, we’d been affected by mental health, and… ‘Oh, maybe we could use these funky shirts as a lighthearted approach to starting deeper conversations’. So we worked really hard, saved a lot of money and tipped it all into getting it up off the ground.

How did you launch?

Basically, when we got our first two correct samples back from China, which took ages, we wore them to the pub on a Thursday afternoon. And we had about six different people come up to us and be like, “Wow, what’s the deal with these shirts?”

Yeah! So we’re all talking about mental health and the last person who came up to us happened to be an editor for Quest magazine in the Courier Mail. He said, “I’d love to do a story on you”. We didn’t even have product ready to go.

Then Channel 7 got hold of that article before it went to print, and on 15 March 2018 they called to do a story on us … that night! Luckily our website designer had been working away in the background and was just about ready to go. So that news story went viral on Facebook and we started selling products we didn’t even have. We made 30 grand, bought two computers and 1500 work shirts and we were cashflow positive in about five days. Now we’ve got 25 staff and we’ve launched our own non-profit, TIACS, where we provide free, unlimited and ongoing professional mental health support for tradies, truckies and blue collar workers.

Absolutely. Before we launched the guys on site thought we were crazy. Like, “Riiight— colourful workshirts for mental health. Great investment, boys.”

Ed was your apprentice back in the day, you must have pulled a prank or two on him on site.

Some of the pranks I pulled on Ed in my past life as a chippie are moments I am not real proud of, to be honest. Ha! But one time Ed was in a Portaloo on a site here in Brisbane. And he was in there for way too long—probably on his phone as usual. I took a squaremouth shovel and I smacked the side of the toilet to hurry him up. But little did I know that where I smacked the Portaloo was right where the soap dispenser was affixed on the inside. And it just exploded inside the Portaloo and covered him. So we had to hose him down, hose it out. It was like a bubble bath from one end of the site to the other.

How will your new TIACS initiative work?

There is some incredible support out there: Lifeline, Beyond Blue, your suicide callback services. But they’re all very much at that crisis end. We wanted to create a service where people could access help earlier on, as more of an everyday thing. A preventative service where you could talk to the same person over and over.

Is TIACS just for tradies?

No. We target tradies, truckies and blue collar, but we want to remove the barriers for anyone wanting to access professional support. You know, it’s expensive. It takes time. You have to take time off. We’re an Australian mental health service that will provide care for anyone who reaches out. 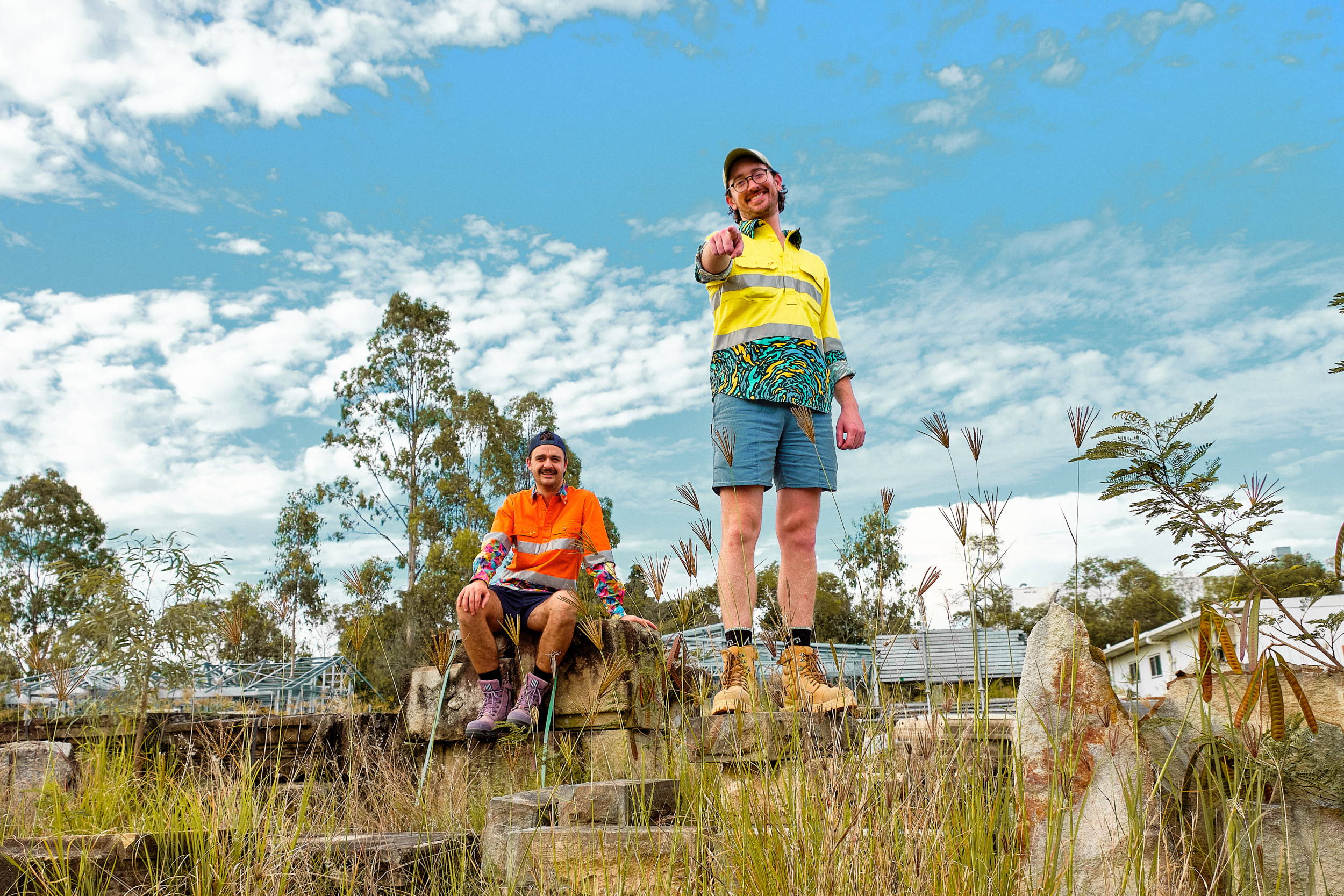 Link to the Original Article on Issuu